CNWL’s Sexual Health and HIV Service has been running a new digital promotion campaign to raise awareness of PrEP.

PrEP is a medication taken by people who are HIV negative to protect them from contracting HIV. When taken correctly, it is up to 99 percent effective.

Under the slogan, ‘Be PrEPared’, the adverts will signpost people to the CNWL PrEP webpage where they can find information about PrEP and how to book appointments at clinics in London and Surrey; in North Central London PrEP is offered at Mortimer Market Centre, Archway Centre, and Archway Community Hospita.

The ‘Be PrEPared’ campaign’s key audiences are young men-who-have-sex-with-men (MSM) and MSM of colour, two groups identified as being under-represented in the existing PrEP patient cohort- both nationally and in North Central London. The development of the campaigns incorporated feedback from members of the target audiences. 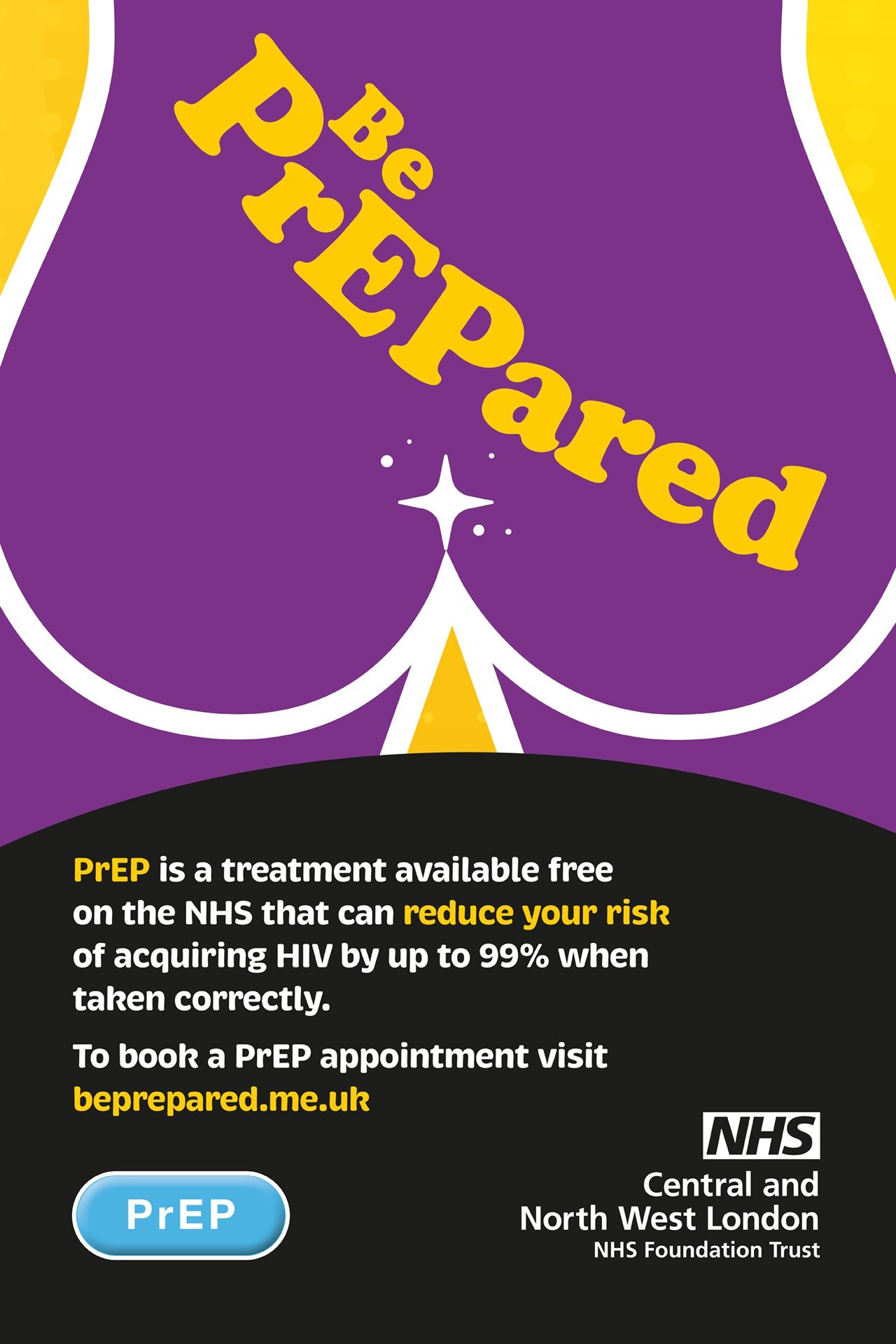 The launch of the ‘Be PrEPared’ campaigns also coincides with the original National Sexual Health Awareness Week which is now taking place next week instead (10 October), the theme of which this year is ‘Breaking Barriers’, and addressing inequities in sexual health.

The targeted campaign has been running for one month across hook-up and dating apps Grindr and Adam4Adam, and social media platforms, Snapchat, Instagram, and Facebook. The campaign ads will be shown to people accessing these sites and apps across the boroughs of Camden, Islington, Haringey, and Barnet.

The campaigns are supported by the recent launch of new PrEP clinics at the Mortimer Market Centre and Archway Centre, which allow patients who have never used PrEP before to book an appointment to start PrEP online.

Viewers of the campaign ads will be three clicks away from booking their PrEP new starter appointment, removing the need to use appointment booking telephone lines, and making sure PrEP can be accessed easily and efficiently.

The digital campaigns will be further supported by ‘Be PrEPared’ health promotion materials including information leaflets, t-shirts, tote bags and condom packs, which will be distributed in the local community as part of a programme of PrEP-focused outreach.

“While PrEP has been routinely available on the NHS for 18 months now, we know there are many people who can benefit from PrEP who either don’t know what it is, or are unsure about whether it’s for them. The intention of the digital campaigns and community outreach is to spread the message about PrEP and ensure anyone who can benefit from it can easily book an appointment at one of our clinics.”

To find out more and book directly click here.