The NHS Long Term Plan (2019) has laid out plans for mental health services to be trauma-informed over the next ten years.  As part of CNWL’s commitment, we have created this website to provide you with trauma-informed information and resources as well as keep you updated on the trauma-informed work we are currently doing across our services.

If we want to understand the reasons for mental health problems, it often makes more sense to ask “What has happened to you?” rather than “What is wrong with you?”

It is very common for people who use mental health services to have been through difficult life events.  Research has shown that experiencing traumatic and/ or adverse life events can place individuals at higher risk of a range of health and social difficulties (WHO, 2014).  It may not have always been recognised or acknowledged, even by you, that difficult life events might have contributed to your current difficulties. However, from a trauma-informed perspective, mental health difficulties are understood to develop in response to people’s life experiences.

Trauma-informed approaches acknowledge the relationship between people’s life experiences and the development of mental health difficulties.  They aim to support people to understand this relationship, find ways to cope, move forwards and recover.

As part of our CNWL TIA Stabilisation Manual, we have created an introductory information pack to provide you with more detailed information on trauma-informed approaches.  Please download a copy by clicking on the below image. 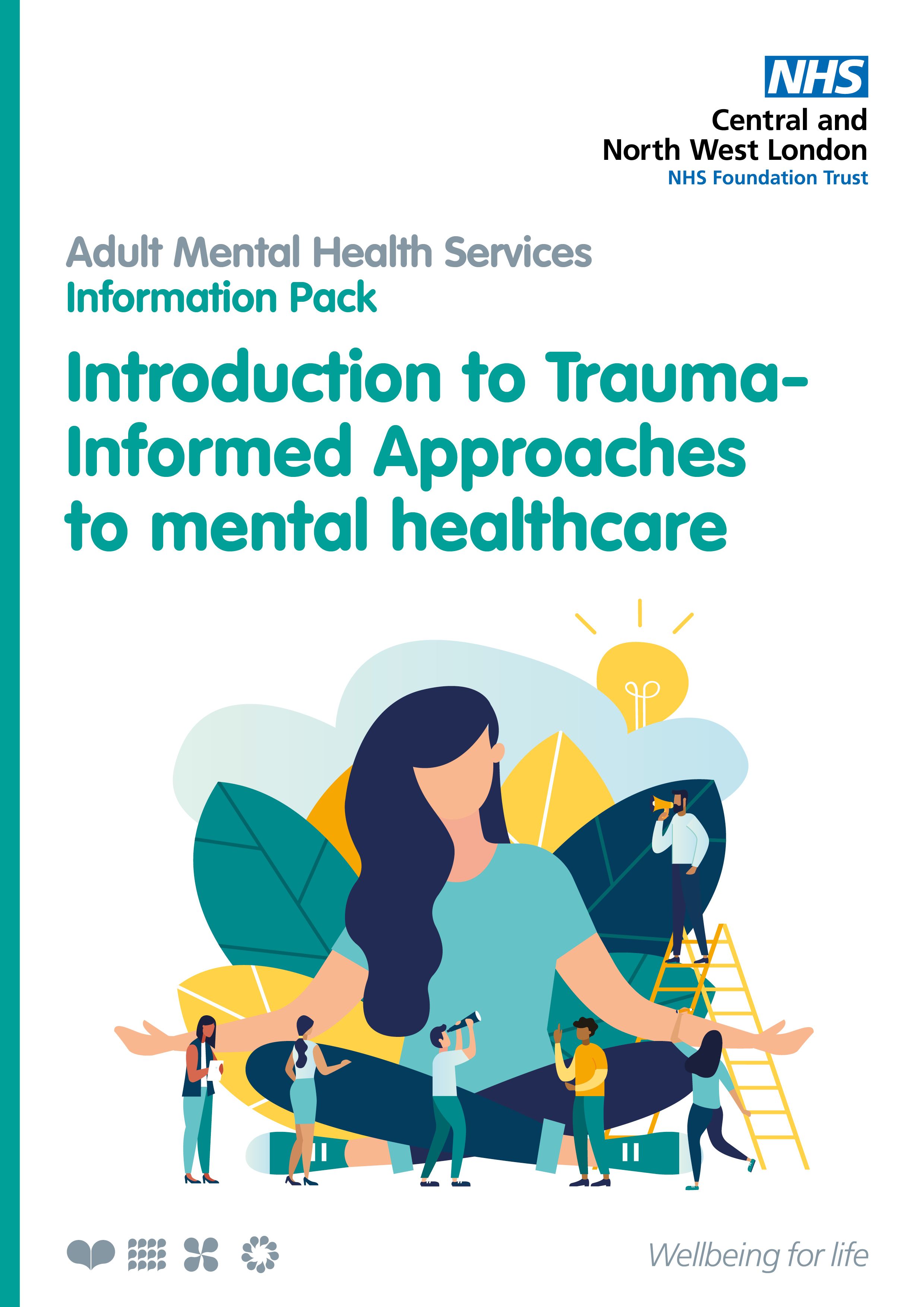 In times of distress – when people are experiencing difficulties with their mental health – things can often feel very up and down (‘unstable’) and this can make it hard to move forward.

Psychological Stabilisation is the process of learning and putting into practise a range of different skills and strategies to support you to manage distress more easily.  Its all about learning to cope, keeping safe, gaining stability and control.

CNWL have developed a Stabilisation Manual, which can be downloaded below.  It comprises ten stabilisation workbooks, each of which will introduce you to a new stabilisation skill.  These are all small skills, and alone they won’t be able to fix big problems.  What they will be able to support you with is gaining a little more stability and control of the difficulties you may be experiencing, which in turn we hope will make it easier to start moving forwards towards recovery.

CNWL’s stabilisation manual was developed with permission from the Cwm Taf Morgannwg University Health Board, Psychology Therapies Team, Stabilisation Pack.  If you want to check out their manual too, it is readily accessible online here.

CNWL is committed to implementing the recommendations of the NHS Long Term Plan (2019) and developing TIA across our mental health services.

For the last two years (since July 2018) we have been working hard to develop TIA in our adult mental health inpatient services.  This work started in Harrow, with the development of our Stabilisation Manual, a trauma-informed staff training program, and the practise of Team Formulation – a space for staff to better understand the difficulties services users may present with as well as how to best support the people we care for from a trauma-informed perspective.  Following on from the success of TIA in Harrow inpatient services, work is currently underway (at varying stages of development) to extend TIA to inpatient services in the boroughs of Kensington & Chelsea, Brent, Hillingdon and Milton Keynes.  In Harrow, TIA is now also being introduced to our Home Treatment and Psychiatric Liaison Services.

Please see below for further information on TIA developments across the CNWL boroughs.

At St Charles the application of team formulation using the PTMF and the above materials developed by Harrow began in May 2019. Staff members attending the sessions were initially offered some informal teaching on TIA and the PTM Framework. Advanced Clinical Practitioners (ACP’s), trainee ACP’s, ward managers and matrons have been actively involved in facilitation, having attended training with Dr Lucy Johnstone, author of the PTMF. In addition to this, the Psychology Team at St. Charles have also developed a group programme called ‘Creative Recovery’. This programme covers a large range of topics informed by various therapeutic modalities within psychology but underpinned by TIA and its principles. The group programme features groups such as ‘Distress Tolerance: Creating a Soothing and Self Care Box’, ‘Understanding Emotions’, ‘Living a Valued Life’, ‘Working towards building Compassion’, ‘Narrative Approaches’ and ‘Interpersonal Skills’. The creative element to the group underpins the session with key skills being learnt through doing and engaging artistically.

Formulations take place once a week, on each of the six wards, during an hour of protected time, involving a full MDT representation and shared with the service user where possible. During formulation, the PTMF is used to think about “What has happened to someone?”, “How it has affected them?”, “How did they make sense of it?” and, “What did they have to do to survive?” as well as strengths/achievements. The session concludes with the team creating and sharing responsibility for an action plan.

Facilitators also receive regular supervision. A fundamental and shared goal of the group is to work towards becoming trauma informed practitioners. A further key principle shared by the group is diversity and accurate representation within the service we provide, as such, we are actively working towards ensuring that facilitators are representative across a range of different backgrounds. This supervision space and the formulation sessions itself consider in particular the (often times) retraumatizing nature of services that deliver care to people and the impact of intersectional identities in these traumatic and retraumatizing experiences. We have also incorporated a ‘book club’ component to supervision for a space to reflect on some core books in trauma informed care.

As we continue to develop and embed this in our service, anecdotal evidence suggests that team formulation is a powerful tool in providing better care. A salient example of this is, one facilitator stating "I really believe that this person’s admission was much shorter and successful because of the use of the formulation that had been conducted. As a result of the formulation we felt that we knew much more about this person and consequently completely adapted our approach to the way we have approached this person in the past". Furthermore, informal feedback following sessions commonly include staff feeling "more confident moving forward’, "I feel as though I know so much more about this person than I did before:", "We treated this person’s difficulties psychologically by adapting our approach" and sometimes also highlighting when we haven’t been thinking about what someone’s story is: "we didn’t really answer what has happened to this person".

“I think TIA makes a real difference on the ward…. for the first time in a very long time, it’s given me purpose and hope.”

“Helped me to open up and become more aware of my difficulties as well as how to support myself”.

“I learnt a lot about self-compassion and being kind to myself.”