Today, 27 June 2022, CNWL thanked its staff with a Medal Ceremony to honour staff for their courage, dedication and self-sacrifice during the Covid-19 public health emergency.

Around 50 staff from services across the Trust were invited to collect a medal on behalf of their service and everyone in the Trust will receive a medal from their local management team during July. 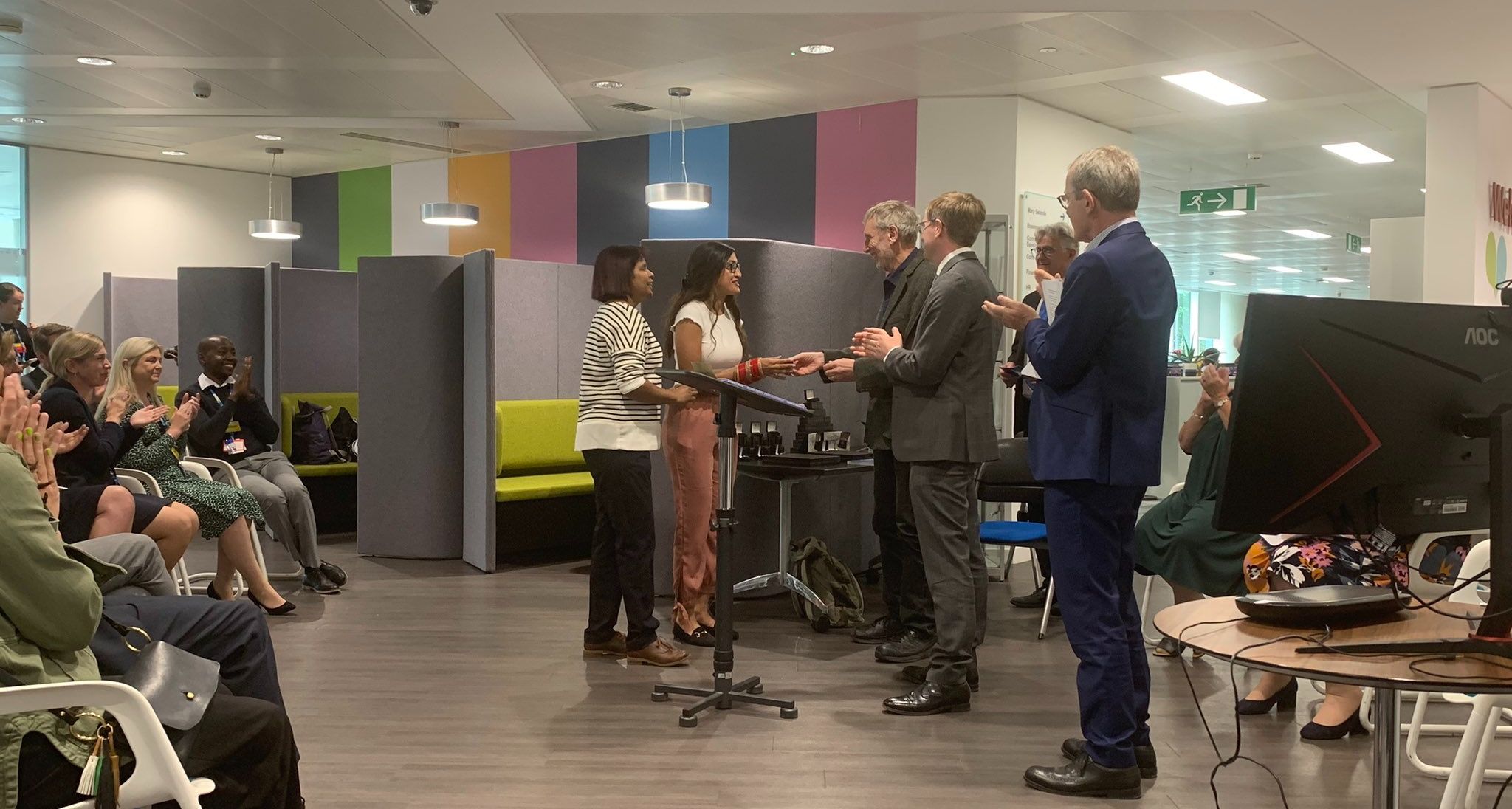 The ‘Covid Star’ medal, is the creation of Cambridge artist Harry Gray who was inspired by carers while in hospital. He said he received excellent care, but could already see the strain on NHS staff. While on the wards, Harry often heard the phrase 'they deserve a medal' directed to staff so he decided to design one.

It has been adopted by many hospitals and Trusts across England and Wales. 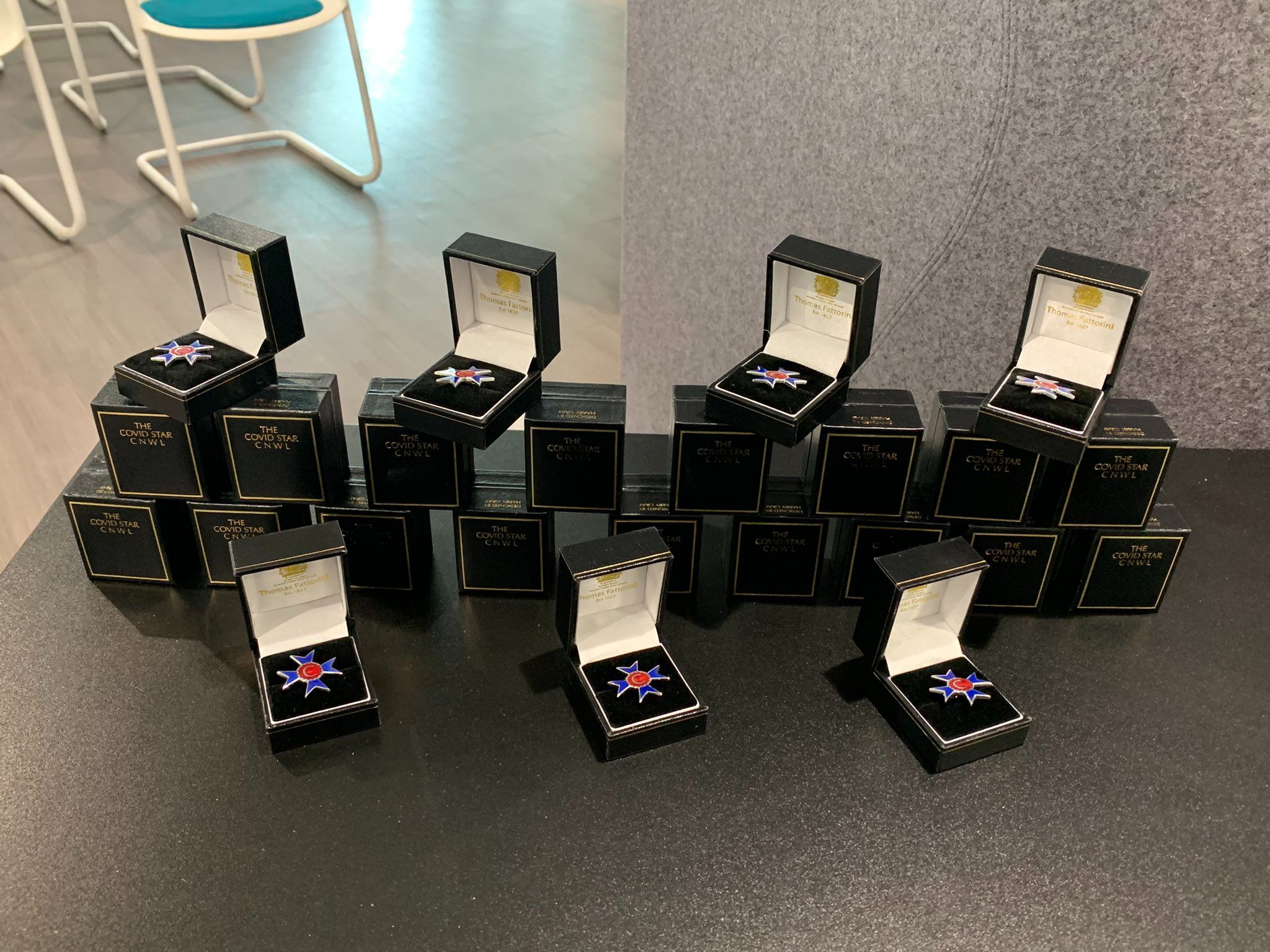 “Covid–19 brought a public health emergency that many of us had never experienced before. It brought pain, hurt and devastation to millions of people.

But it also brought out in NHS and Social Care staff, degrees of courage it is hard to describe but must be acknowledged and never forgotten.

At a time when this virus was not wholly known, we fell back on good basics – infection protection and control, PPE, but also bravery, dedication and compassion from staff who put themselves in the way of danger, protected as best we could – and lives were saved.

“Thousands of Staff worked as never before, with some not seeing their vulnerable relatives or children -  a sacrifice of isolation many took; whilst others worried what they might carry home or bring into the wards and teams.

“And they watched over each other, with a supporting hand – hugging may have not been possible but acts of compassion and love extended to all.

Volunteers came to help – delivering to people’s homes, helping patients in wards communicate on iPad and tablets with loved ones, phoning carers to check in and chat with them.

“We have thanked staff in every way we can – with cards, with a day off for their birthdays (a day wholly for them to do what they wanted) – and patients and carers sent in their thanks, praise and often gifts – including hot food and I can’t forget the donated Easter Eggs!

“Today though, is a lovely occasion but a formal one.

“Throughout the pandemic response, people wrote to us to say, and we agreed, that ‘you deserve a medal’ and like many other parts of the NHS we award the Covid Star to those who served with such selflessness and dedication.

“All staff – all staff - who were here at CNWL will receive one of these Covid Stars and today, with the help of our special guest, author and super-human being, Michael Rosen, we will conduct this ceremony for all.

“We are awarding the collective effort of all staff, and invited some staff members to receive them, for the whole of the staff involved.

These medals are awarded with the undying, never ending, thanks of us all.”

Michael Rosen, British children's author and poet, addressed staff at the event and virtually and thanked them for the care they gave during his recovery from Covid at the St Pancras Rehabilitation Service. Michael shared his experience of recovery including how the staff helped him to walk again with his NHS stick which inspired his book Sticky McStickstick. Michael also talked about his new book – Many different kinds of love – which he said is a tribute to nurses and includes extracts from his patient diary. 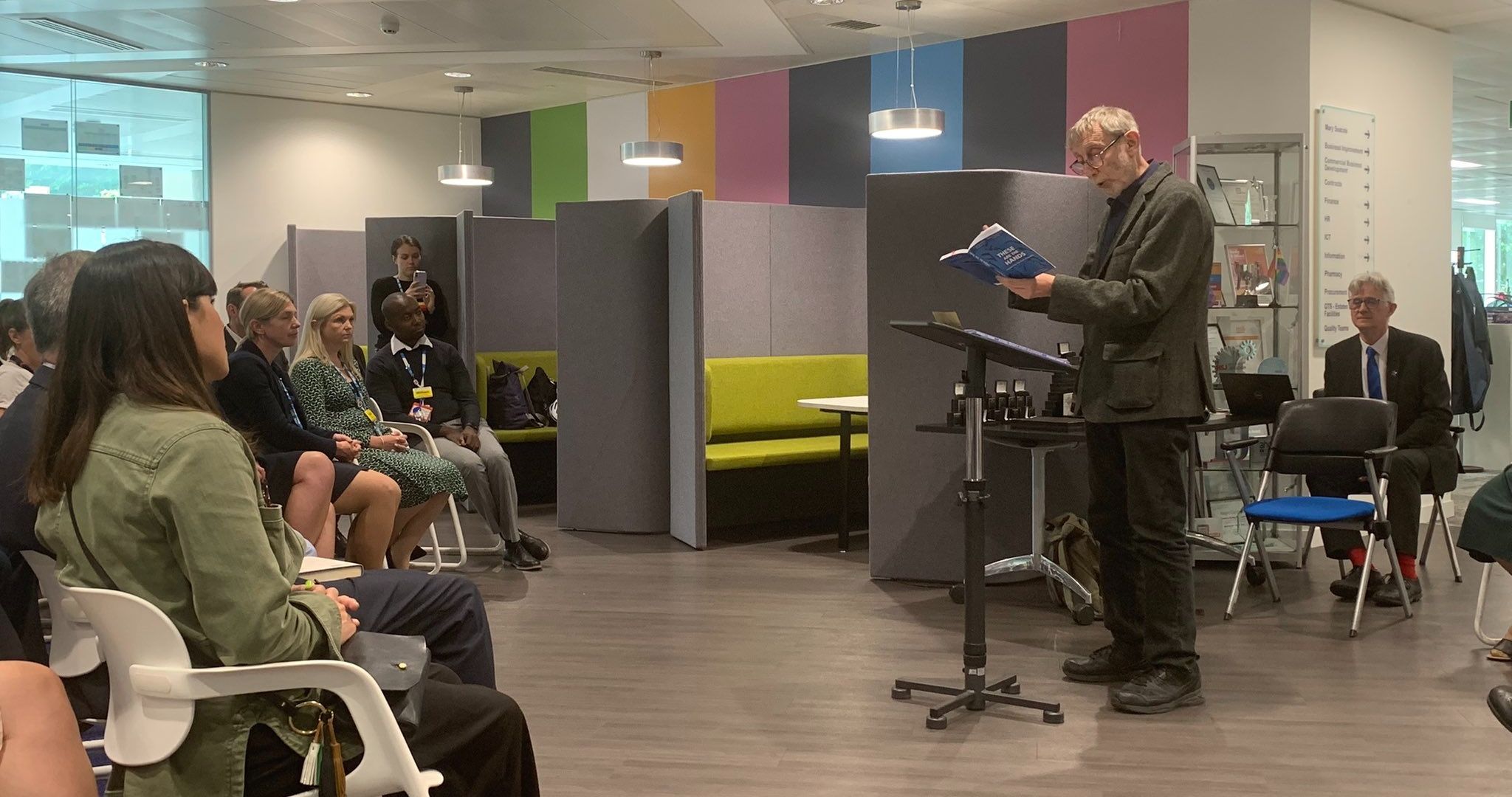 Michael along with Executive Directors at CNWL presented the following medals on the day:

You can watch the event on Zoom