Dr Jai Shree Adhyaru, the Clinical and Operational Lead Psychologist, at CNWL’s Centre for Anxiety, Stress and Trauma who is supporting the Afghan Evacuee Response, spoke about this work at the first Special Interest Day hosted by Accreditation Programme for Psychological Therapies Services (APPTS) on Wednesday 11  May. The event covered 'barriers to accessing psychological therapies services'. Read the presentation 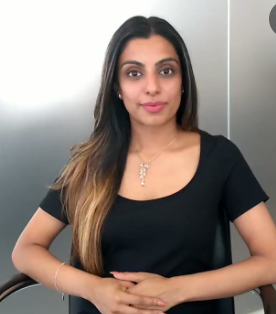 The Afghan Evacuee Response by CNWL and CAST was selected as a model that successfully overcame barriers to engagement by offering a trauma screening approach based on principles of psychological first aid and was culturally responsive to the needs of the population.

The talk covered how to practically prepare screeners for supporting in a crisis response to identify needs. Barriers to access don't lie within the population we are trying to reach but often in how we plan to reach them and CNWL's involvement began as part of the team meeting people arriving from Afghanistan at Heathrow Airport in August 2021.

Evacuees who worked for the British military and UK government were granted indefinite leave to remain and applied via the ARAP scheme alongside many others who attempted to leave the country.

People were originally placed in quarantine hotels and then moved to bridging hotels awaiting resettlement. Our screeners were asked to reflect on their understanding of the evacuation and accommodation, as well as the media coverage of Afghan arrivals to the UK as these factors can inevitably influence one's approach to the population.

In thinking about how to approach people I highlighted how cultural factors such as language, gender, age, and variations in digital literacy can result in power differences, which in turn can impact on accessibility and engagement.

In preparing our screeners for conversations with people, we discussed how factors such as beliefs and religion can have a key role in coping and resilience; being aware of this can help to engage people in making sense of their experiences during screening conversations. Understanding their explanatory models of (mental) ill health (how people make sense of their symptoms) showed us that resource-oriented coping - focused on being able to resume a normal routine, settle into a new life here - was important to many of the people we talked to.

Inevitably, the political landscape was often a feature of conversations. Working closely with interpreters and first-language screeners from across CNWL helped to shape our response and learn more about how to navigate the topics that came up and consider what kind of support people would benefit from.

Interpreters were an integral part of the team, acting as cultural consultants sharing their own experiences to heighten our collective understanding and providing insight into customs and practice that helped our engagement with the Afghan population. And with such engagement, people were supported to identify what they needed at this time, and also oriented to them to the services provided by the NHS. If our first encounters with a service matter, we hope that our screening conversations demonstrated CNWL's commitment to delivering culturally appropriate responses to those who need it. "