A job meant for me – being an LD Nurse

‘It was never a life goal. I fell into a job that was meant for me but it happened from viewing my newly found career from a non-clinical perspective.’ 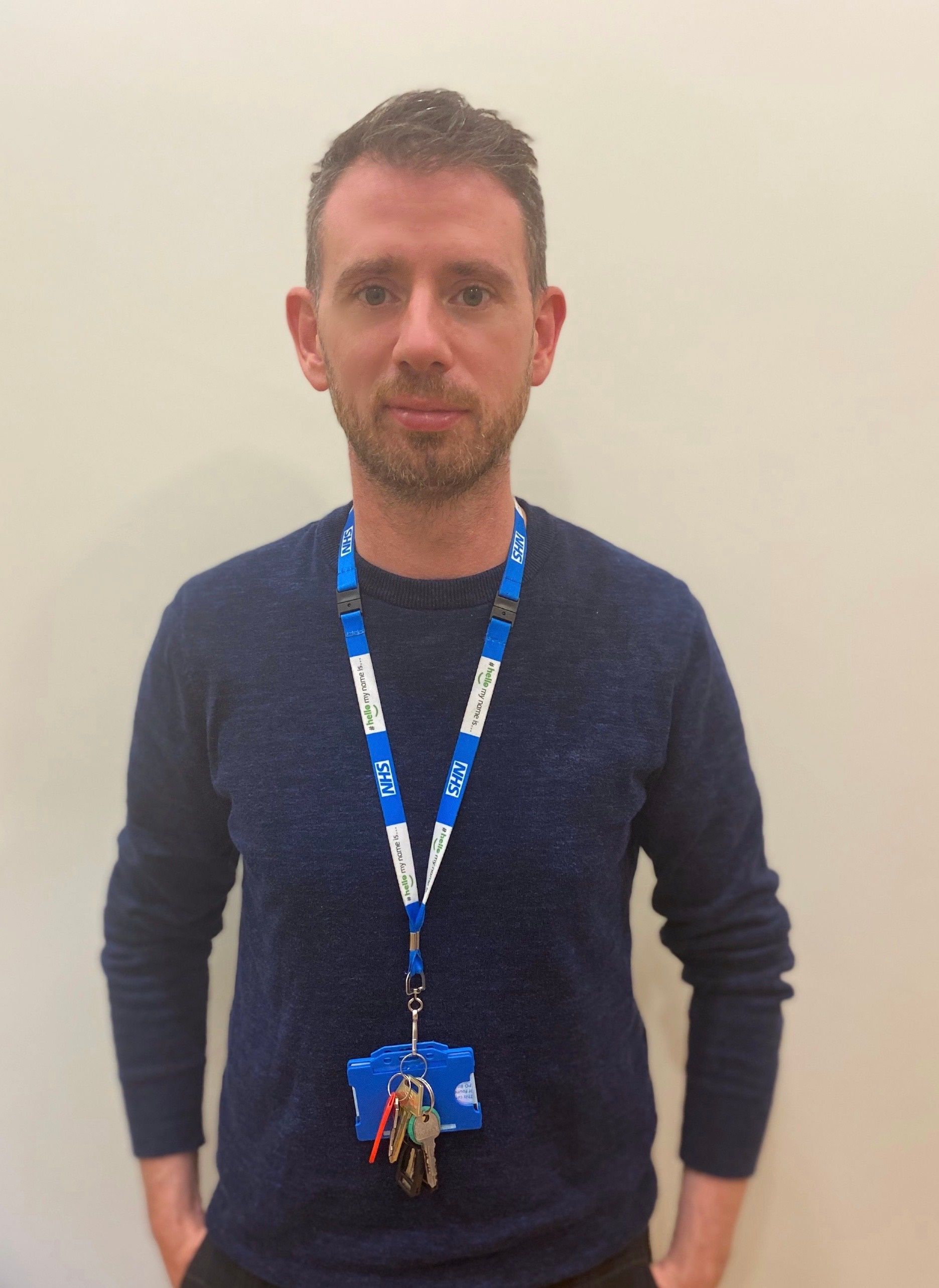 Quite unexpectedly, Paul Nugent stumbled into a job that opened his eyes to the possibilities of working as a learning disabilities nurse. As a young Irish man living in the North of Ireland, he aspired to become a vet. A career in Veterinary Practice decided, he got a job as a domestic assistant in the nearby Learning Disability Hospital whilst he attended college.

The initial introduction to the care environment was quite overwhelming but gradually he formed rapport and relationships with the patients and observed dedicated staff that provided proactive engagement and compassionate support.

Paul said interacting with patients on the ward inspired him in a way he never could have anticipated.

“I got to see what it was like being in a hospital from different viewpoints. Working alongside the staff and the service users as a cleaner, I got to work with staff and interact with patients on a non-judgement basis. I knew all the service users by name and their personalities but not by diagnosis and not by the risk or behavioural history.

“I saw staff using sensory materials such as bows and feathers as forms of interaction, and it was how I got to learn all about the different needs of patients residing at the hospital. It was how I began to learn the skills needed to support them to communicate.  I also found my own way to increase their communication, and have been known to sing a song or two!” said Paul.

Not before long, Paul wanted to increase his clinical knowledge to continue making a difference to the lives of service users with learning disabilies.

“I thought I had more to give in the role – it was never a life goal. I fell into a job that was meant for me but it happened from seeing it from an outside point of view.”

In 2008. Paul moved to London to pursue his nursing qualification, at the University of West London. He did a student placement at CNWL Carlton House in his second year, and immediately knew that he wanted to specialise in this area of nursing care.

“It was truly inspiring to see a large team of multi-skilled professionals deliver compassionate, effective healthcare based on core values to the most vulnerable of patients,” said Paul.

Once qualified Paul returned to The Kingswood Centre as a staff nurse. Here he worked in a variety of roles including Ward Manager for Preston House. As a ward manager he helped the ward to obtain an outstanding CQC Rating aided by a team of highly skilled and specialist professionals. It was a was a defining moment for the team, and the entire LD service line; and a high point in Paul’s career.

“For me it not only supported my career progression, it showed me that even though in Learning Disability Services it can be extremely challenging sometimes, outcomes are better for service users, when families, and staff are so actively engaged in the one goal,” said Paul.

Paul then moved on to work for Lambeth Clinical Commissioning Group, and local authority in a joint Health and Social care role, managing a complex case load with the support of NHSE which helped to reduce inpatient admissions to hospital, while proactively supporting Service users back in to the community from hospital sooner.

But the call to work more closely within learning disability services remained strong and Paul returned to the Kingswood Centre, where he now manages Crystal House – a Learning Disability CAMHs Ward, which specialises in the care of young person and is the only NHS inpatient unit of this kind in the south of England.

“So, for me, Learning Disability nursing is quite different to other aligned fields of nursing. It’s about enabling each person to reach their full potential, for specialist and compassionate staff to make a unique difference to a Service User life, reduce barriers to primary, secondary and territory services, enabling inclusion, thus fulling life goals and ambitions”.

“So now in my everyday practice as Crystal House ward manager, I use my experience and knowledge from all my previous learning  to help motivate my staff, to support and inspire our service users to achieve the skills they need so they can have ambition to set goals for their life and make their own decisions.  I am always proud to say, I am a Learning Disabilities Nurse.”