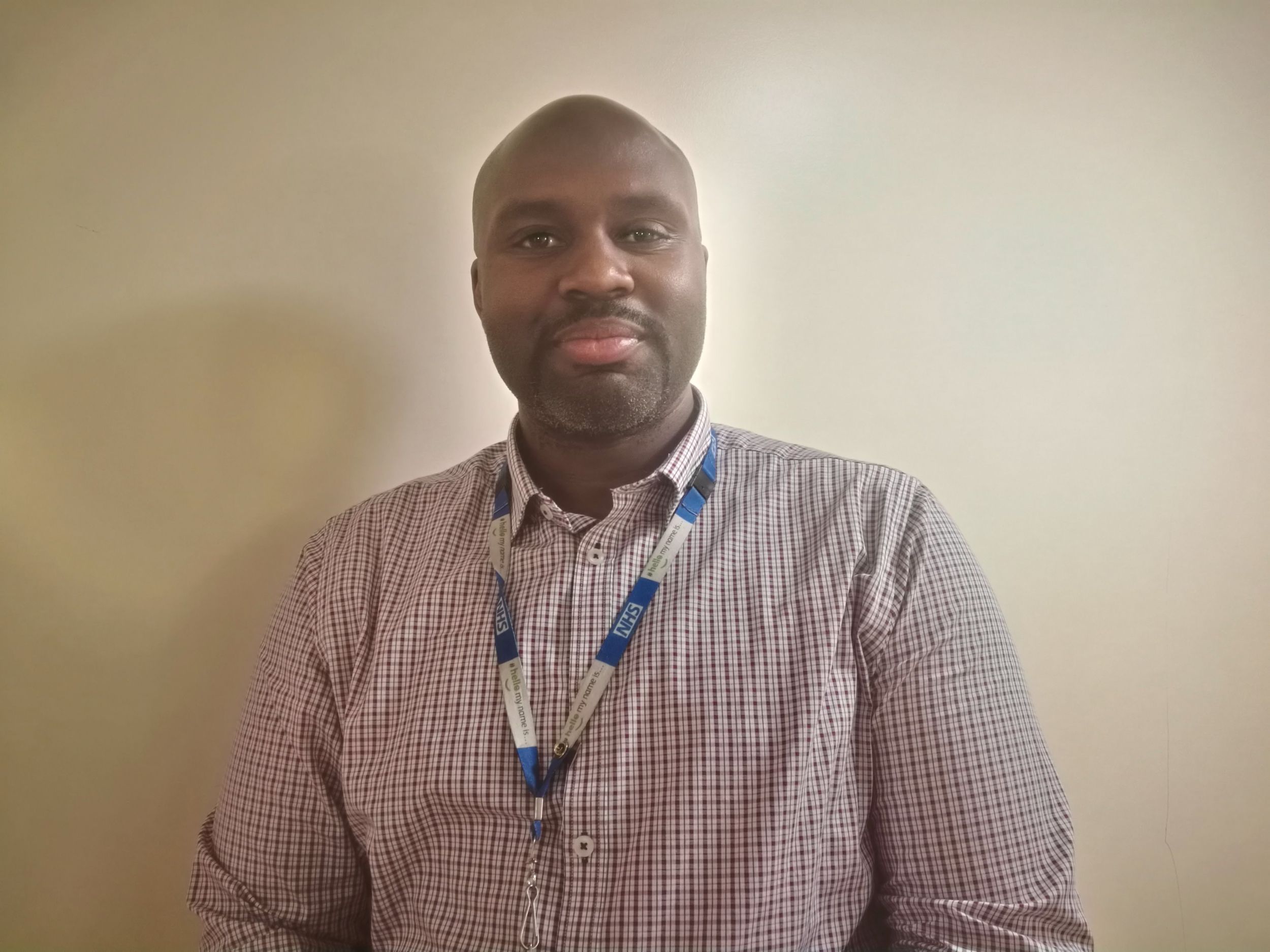 As an 18-year-old who was uprooting himself from Trinidad, becoming a nurse was the last thing on Kevin Moore’s mind.

He wasn’t even certain he wanted to leave Trinidad, but mothers always know best and when Kevin’s mum decided to join his dad in the UK, where he was a nurse, Kevin reluctantly agreed to go with her.

Aged 42 now and a Band 7 Ward Manager on Ganges Ward at the St Charles Mental Health Unit, while Kevin sometimes thinks of the weather he left behind, he knows she was right; he made the right decision and both are pleased at how far he’s come so far.

“When my dad was still in Trinidad he lost his job as an accountant. He became interested in nursing and trained over there and then over here in the UK, working first at Claybury Hospital in Woodford Bridge, London before moving to the Gordon Hospital.

“When we came over here, my mum got into nursing and she encouraged me to go into it as well because the training was really good and there was a bursary scheme.

“I was in two minds, but I went to Middlesex University to train as a nurse. There I realised how good I was at it. I liked talking to people, I liked understanding people’s stories, helping people. The caring side in me came out and I continued with the training to get into the profession, rather than trying to get into anything else.”

His first job was in 2002 at the Patterson Centre, now closed, where he had a good manager and worked with a good and experienced team who taught him his trade.

Over the next few years Kevin moved around wards and teams, including on the PICU, and admits he lost some focus while a Band 5 before rediscovering his passion over the last five years. He has been in his current role for the last two years and is wondering where next – “It’s important to have a career trajectory,” he says.

“My parents were so proud when I got my current role. They were so happy I’d become a Band 7 – I’d broken through the glass ceiling that neither of them reached.”

One aspect of his managerial career that Kevin is proud of is the introduction of the Trauma Informed Approach on to the ward. This is a psychological-based therapy model that doesn’t simply rely on medication. This looks at the background to a client and tries to understand how their experiences have led them to the ward. What’s clear is that most have been through some form of trauma.

“Understanding that helps us as a team understand what’s ahead of us with the client. We especially target clients who’ve been in and out of the system. We look at their lifestyle, the threats in their lifestyle, their strengths and weaknesses, their family life. We involve other professionals and we discuss that patient and come up with a plan for the short and long term.

“My ward has since seen an uptake in our discharges because quite early on in their admission we look at their psychological needs.

“I believe we have a lot more empathy for the patient, their experience is better and they leave hospital with a better package of care because their needs are identified early and we link up early with the community teams. It’s an holistic approach.

“As a manager I’ve been also making sure my team have the laptops and the training and equipment they need to do their job.

“I have a brilliant team. They’ve had a lot of complex cases but we’ve managed to support our patients well.”