When Mica Evans started playing rugby at 10 years old, she was the only girl in an all-boys team. But now, as the women’s game continues to grow and increase its profile, the scene for Mica is much different.

“It’s much better from when I started - year on year there has been huge developments in the game,” she says. “The women’s game is rapidly changing and it is growing at an exponential rate.”

Growing up in Devon, Mica was introduced to the game through her Dad, a member of the local rugby club. Despite no access to a girls team, Mica wasn’t discouraged. She took on the challenge and never looked back. “I clicked with it straight away. It was something my Dad did and I wanted to be like my Dad. I was good at it straight away, and it was fun. I liked the battle because it combined mental and physical strength. And I was stronger than the boys.” 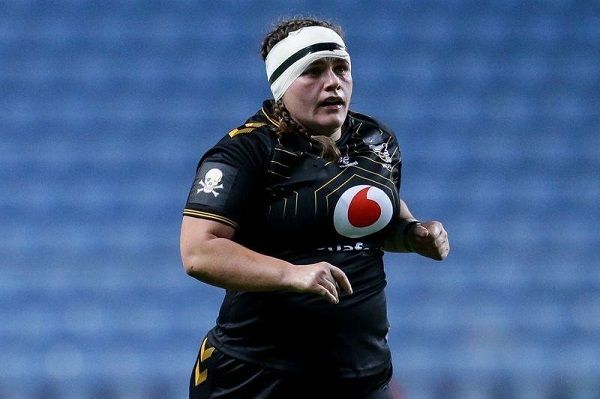 Mica came to London when she was 17, joining the Saracens Women team and playing for England’s under-20 side for three seasons, including international tournaments. She settled into her position as tight-head prop, the cornerstone of a scrum. However, she hit pause on her rugby career to follow another pursuit – her nursing degree.

“I didn’t play rugby in my last year of nursing because I wanted to finish my degree and it was too difficult to do both,” she explains. “I wanted to work with younger children in CAMHS (child and adolescent mental health services); that was my interest. I love being playful with kids and finding therapeutic ways to engage with them. I felt that was one of my strengths.

“When I finished I came out West because I wanted to work at Collingham Child and Family Centre. Wasps was the club in West London, and I wanted rugby to fit in with my career.”

This year is Mica’s fourth season at Wasps Women, who compete in the Premier 15s, the top women’s rugby league in the country. Wasps have a strong contingency of international athletes, with many of her teammates moonlighting for the Irish and Welsh squads, as well as the England Red Roses and GB Rugby Sevens. With a gruelling schedule, she is part of the majority of women’s players juggling rugby with other day jobs.

“It’s a challenge. We train every day and we usually have our matches on Saturday. I work a full day then rush back to club straight afterwards. It’s a quick turnaround to get back out into training. I’m out there most days until 9pm. 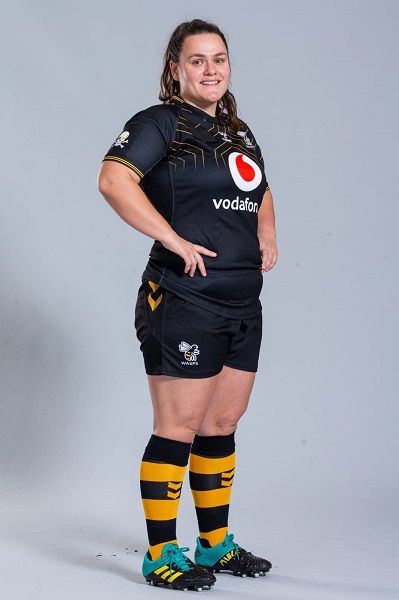 “But I love rugby because I get to be around amazing women who are high achievers. Lots have really interesting jobs and some are full time athletes. I’m inspired by my friends and teammates every day which I think is a privilege.”

“Exercise is unbelievably important for our mental health. If I didn’t have rugby or I didn’t have a sport I wouldn’t be able to do my job. It’s the social connection for me as well. Meeting up with people at a club or connecting with teammates, it’s just so important - especially now that a lot of stuff is online. Part of playing a sport like rugby is that you can be any size and everyone can look different but you can still be an exceptional athlete."

“When I worked at Collingham I organised days where we brought in some of the England and GB players to come and talk with the kids about rugby and play some rugby games. One day we did it in the local park and we had lots of people joining in, which was so much fun. It was invaluable to young people that might be struggling with their mental health and I could see the difference after one day.”

In less than a week, Mica will line up alongside her Wasps squad for the Big Game 13, an annual event on the rugby calendar. The Wasps face Harlequins in the first women’s premier match to take place at Twickenham Stadium, and they’re hoping to achieve a record crowd.

“Recently, games have achieved huge milestones for women’s rugby. The Barbarians played against South Africa at Twickenham recording the highest crowd for a women’s game, and when the Women’s Autumn Nations Series was played, one of the Red Roses games saw over 2 million people watching on primetime.

“More so, the Premier 15s has just signed a contract with BBC Sport to stream one league game per week for the rest of the season. It’s all super exciting. It increases the visibility, participation and standard because it’s getting more of a platform.”

Keen to support Mica and the squad for the Big Game? More information here.

If you’re looking for more information on CAMHS, visit the service page here.